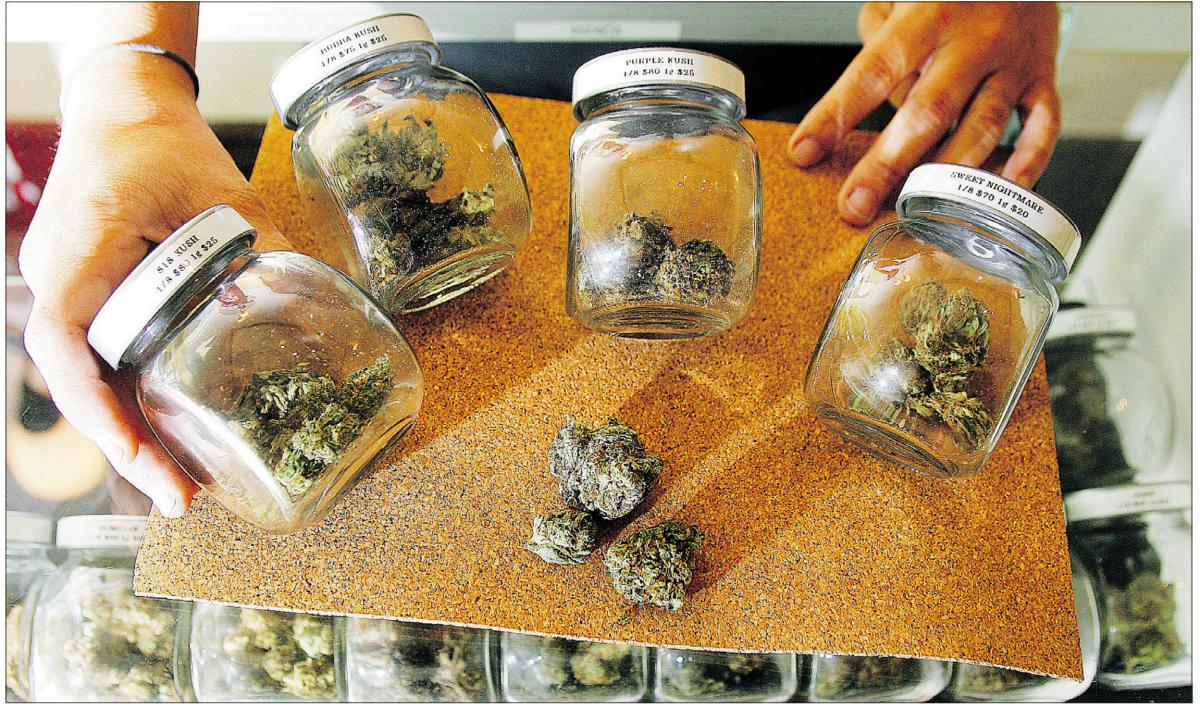 The Ontario government is planning on selling cannabis in 150 provincially-run stores, with 40 to be open next summer and 80 by July 2019.

The government outlined its strict plan for regulating and distributing cannabis, which is slated to be legalized next July, at a press conference Friday morning. Officials’ messaging focused heavily on being “safe and sensible,” protecting young people, and stomping out dispensaries.

The system will be controlled by the LCBO but weed will be sold in standalone stores to “ensure that there will be only one legal retail distributor for cannabis in Ontario and alcohol and cannabis are not sold alongside each other,” according to a government backgrounder. The LCBO will also control the sale of weed online.

The legal minimum age for purchasing and consuming weed will be 19. Recreational cannabis users will not be allowed to smoke weed in any public place—only at private residences. Weed lounges will not be exempt, though they could be down the road. Medical weed will remain under the federal government’s jurisdiction.

The province also announced it will be cracking down heavily on private weed dispensaries.

“These pot dispensaries are illegal and will be shut down,” said Ontario Attorney General Yasir Naqvi at Friday’s announcement. “Consider yourself on notice.”

The government said it will pursue a “proactive enforcement strategy” working with local police forces to eliminate dispensaries. Government-run stores will be placed strategically in areas where there is a high concentration of dispensaries.

For the last year and a half of Toronto’s grey market dispensaries have been sporadically raided, though many reopened after being shut down. Last year, there were estimated to be more than 100 dispensaries operating in Toronto. The province said Friday that there are around 60-80 open now. Both Colorado and Washington State have legal weed regimes where private dispensaries are allowed to operate.

To give some perspective, if the Ontario government opens 40 stores next year that’s about one store per 340,000 people. There are currently about 650 LCBOs and 450 Beer Stores in the province and over 200 grocery stores can sell beer. There is also no word on how the modest number of stores will impact access to weed for people living outside of major city centres, although officials said they expect online sales to be popular.

The government says it will train store staff to be familiar with cannabis and there will be strict ID checks. People who order weed by mail will be ID’d when their shipment arrives.

The province is also prohibiting people under the age of 19 from possessing any weed even though the federal weed framework said youth could possess up to five grams of weed without being charged with any crime. This means the Ontario government will create a provincial offense for youth found with cannabis, though they claim bringing young people into the justice system is not their intention.

Finance Minister Charles Sousa said the government will incur costs on public education and setting up the retail market. At first, he said revenue will be modest but will grow over time. Pricing and taxation will be determined in the fall, with the goal of setting a price low enough to wipe out the black market but not so low that it encourages use.

Many believe the small number of storefronts the government intends to open will not meet demand and will continue to allow the black market to thrive.

“It will be good for new cannabis consumers who know nothing about cannabis and want to try it, but for actual cannabis consumers who make up 90 percent of the repeat customer base, they will not be able to compete with the variety of product—edibles, extracts, topicals—nor will they be able to properly market in a way that will deter people from continuing to shop in the existing environment,” said Abi Roach, owner to Toronto’s Hot Box Cafe, a weed lounge in Kensington Market.

The federal government has not yet rolled out a plan for edibles, but in Toronto it’s possible to access a wide range of them through pop-up shops.

“The cannabis community has evolved and bubbled below the surface for decades. We will continue to evolve,” Roach told VICE.

“The Ontario government is explicitly consenting to the fact that storefront dispensaries are the right model for Ontario just so long as the government owns and controls it and can punish anyone and everyone who exists outside of it,” he told VICE.

However, he believes it will be possible for private dispensaries to launch legal challenges allowing them to stay open. Recently, he successfully fought an injunction by the city of Hamilton against a dispensary operating there, allowing the shop to continue to sell to patients who have their medical licenses. Fellow lawyer Paul Lewin told VICE said the plan is a “mean-spirited cash grab” that will only push the black market further underground, thereby making it less safe.

Justin Loizos, who runs a Toronto-based compassion club and suffers from multiple sclerosis told VICE he’s not surprised by the government’s stance.

“The proliferation of illegal clubs operating outside of any real regulation didn’t help, but did we even have a hope?” he said. ” Probably not unless we got real organized some years ago and started to lobby our government.”

He said he’s been shifting his compassion club into a “co-op” model, where patients with licenses to grow and consume medically can provide cannabis for each other.

“The only day we can shut our doors is when all patients are safe. When all insurance covers it and… veterans and everyone can get full access to this life-saving plant.”

Lisa Campbell, a spokeswoman for the Cannabis Friendly Business Association, told VICE the government selling weed will help normalize it, which is positive. However, she said the city of Toronto has wasted massive amounts of resources in fighting against dispensaries, instead of creating a licensing system, as Vancouver has done.