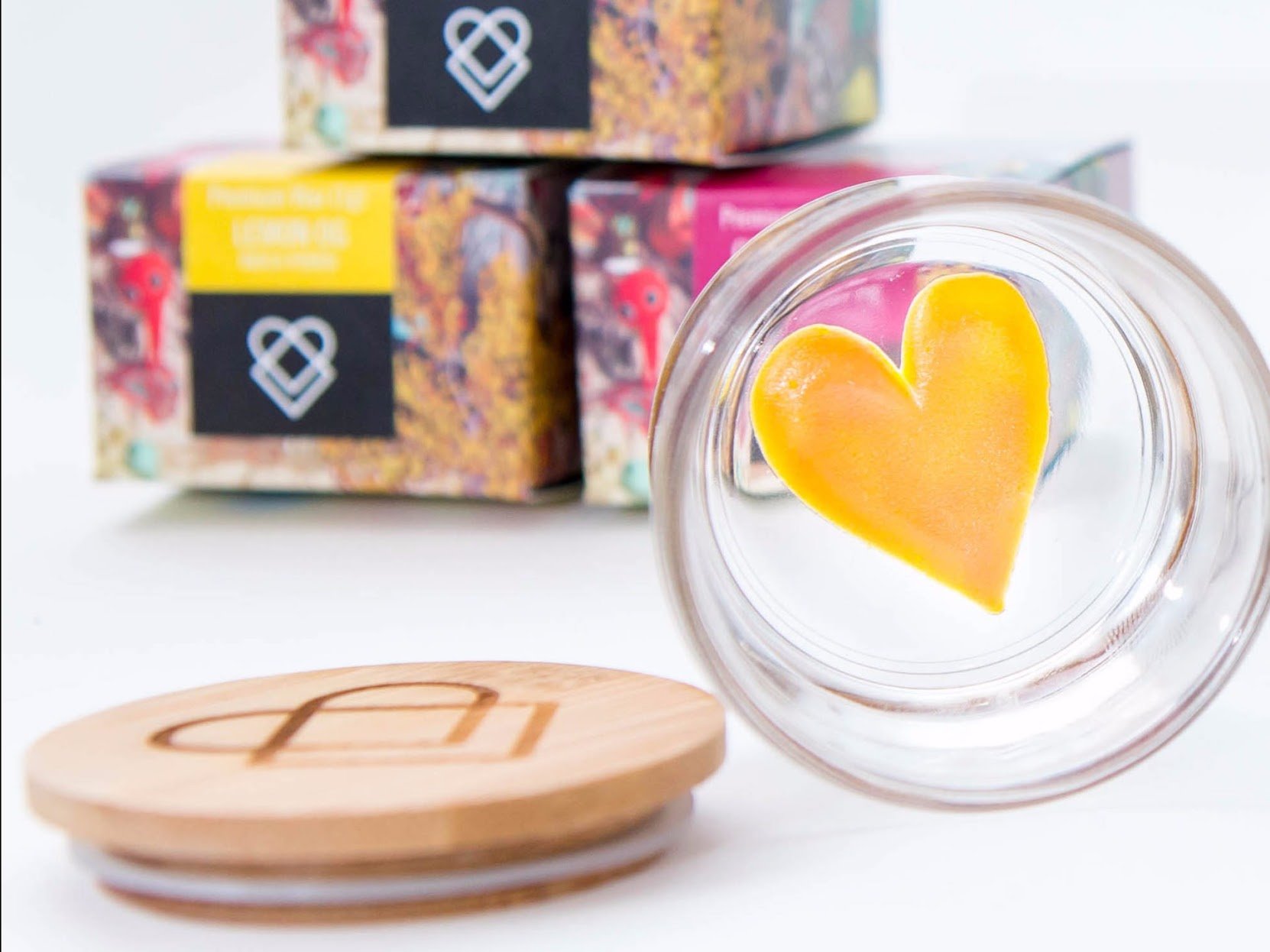 A candy-colored pack of marijuana joints from Lola Lola, with its quirky characters splashed across the box, looks more like a prop from a Katy Perry music video than drug paraphernalia.

Its quirky, good-vibes feeling is exactly what creator Michael Garganese, Jr., is going for.

“We wanted to create something that you would feel comfortable leaving accidentally on your kitchen table. If Mom or Dad finds it, the conversation you get to have around that package is very different than if they find your black sack [of weed] under the bed,” Garganese says.

Lola Lola hops on a trend in the marijuana retail industry in which growers meticulously brand their bud. Garganese, a former employee on Google’s advertising team, explains that in a post-prohibition era, it’s no longer enough to slap a sticker with an arbitrary strain name and potency on a bag of ganja. Lola Lola aims to reinvent the smoker’s experience through eye-catching design.

The San Francisco-based startup grows its marijuana on a farm in northern California and makes its own products, from oils for vape pens to heart-shaped concentrates, a waxy material that contains highly concentrated amounts of THC, the psychoactive ingredient in weed.

Lola Lola’s three-pack of pre-roll joints, hand-packed with “connoisseur quality” flower, is the company’s best-selling item, according to Garganese. It typically retails for $20.

The packaging is both sophisticated and delightful, with 3D-modeled drawings of animals – including a shark jumping rope and an elephant with wings like a bird – adorning the boxes.The company’s whimsy is what Garganese believes sets it apart on dispensary shelves.

“We really saw an opportunity to contribute to the industry by figuring out a way to elevate and enhance the overall experience of buying and using cannabis,” Garganese says. “… We want people to feel free to be who they want to be and do the things that they want to do.”

“If you like to read, when you use our products, we want you to have more fun reading. If you like to write music, we want to be your partner in writing the best music that you can,” he says. Garganese’s path to cannabis is anything but traditional.

He left his home state of Nevada in 2012 to join a social media marketing startup, Wildfire, but it was aquired by Google shortly before his move. Garganese ended up with a gig at the tech giant, where he says he learned an important lesson that shaped his entrepreneurial future.

“I worked for those two companies whose primary goal everyday was to make sure the employees were happy and the people using their products were happy,” he says. “I really saw the value in relationships and the difference it makes to go a little further to treat people right.” “During those four days, something clicked inside me,” Garganese says. “I had this voice inside me saying, ‘Everything you’ve ever been told about this plant was just a complete lie.'”

He felt a calling to the industry, he says, so he left tech and accepted a job on a marijuana farm in Mendocino County, where he set out to learn everything he could about pot.

Today, you can find Lola Lola products in 50 dispensaries in California. Garganese hopes to take the company nationwide as more states welcome the drug’s regulation.