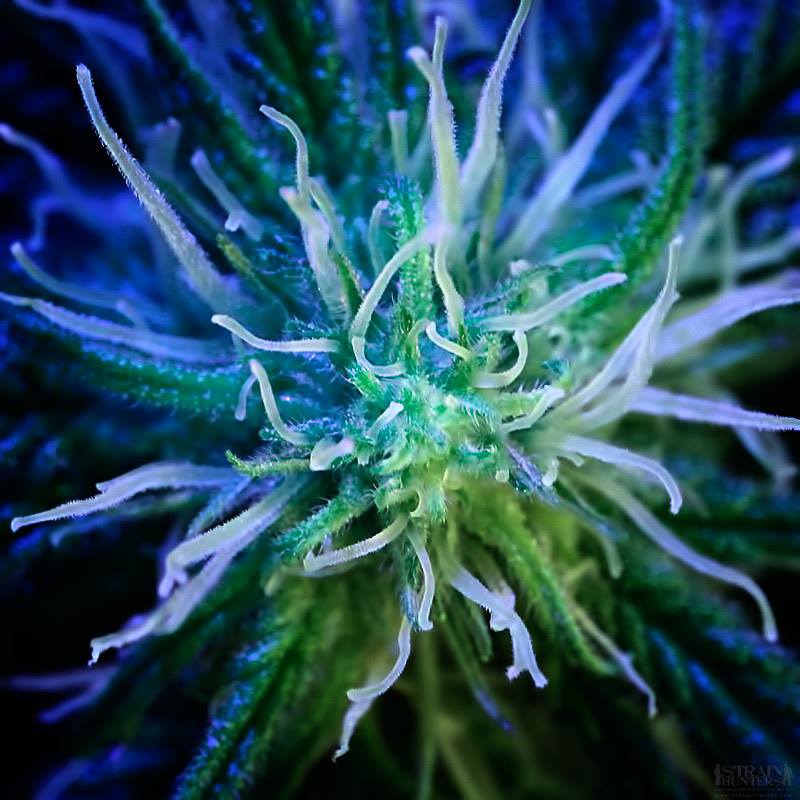 When it comes to the difference between indica and sativa not only do these two varieties do different things to your body when consumed, but there are several other interesting differences between sativa and indica strains including taste, smell, where they originated from and why. Not all of these methods are surefire ways to differentiate between indica vs sativa varieties, but these 10 facts could definitely help you identify their differences…

There are more marijuana strains on the planet now than ever. And the same could be said about their unique and individual flavors. Luckily, there are some classic tastes associated with indicas and sativas.

Indica strains are typically sweet and fruity. Among them you’ll find all sorts of berry flavors including blueberry, blackberry and strawberry. You’ll even find grape flavors—especially when it comes to purple weed varieties and tropical fruits like mango and pineapple. On the other hand, sativa varieties are typically very piney and earthy. Think of a skunky, danky Christmas tree. When it comes to debates about indica vs sativa the one about which one tastes better takes the cake.

2. Geographic Origin
Indica: Originated in the rocky and environmentally hostile Hindu Kush region of Afghanistan (180 degrees from Nor Cal)
Sativa: Originated in the tropics near the equator in places like Colombia, Mexico, Thailand and Southeast Asia

Indica plants originated from northern India and the area formally known as Persia. The growing conditions in the mountainous regions of Asia can be demanding for vegetation. That’s why cannabis indica plants have evolved into a hardy variety that matures early and generally shows moderate resistance to mold. Mature plants yield heavy resinous flowers and are ideal for indoor cultivation due to their shorter size and high THC production.

Sativa plants originated from equatorial regions where the growing season has relatively even photoperiods. This results in day and night cycles that are almost the same length year round. This means sativa varieties from these equatorial regions can complete their vegetative growth stage under a 12-hour light regime. The flowering is only triggered in the plant after it has thoroughly completed vegetative growth.

When it comes to indica vs sativa, spotting the difference is easily accomplished. Probably the simplest way to tell if a healthy marijuana plant is indica or sativa is to look at the shape of its leaves. Cannabis sativa plants have long, thin leaves and loose flower clusters. You could almost describe them as wispy. Cannabis indica plants are characterized by broad maple-like leaves and tight bud formations.

If you’re wondering which to grow, indica or sativa, pay attention to your height restrictions. Because the flowering time for sativa varieties is only triggered in the plant after it has thoroughly completed vegetative growth, they have a tendency to get really tall. This makes sativas easier to grow outdoors because there’s no ceiling. The growing conditions in the mountainous regions of Asia, where indica varieties stem from, can be demanding for vegetation. That’s why indica plants have evolved into a hardy variety that stays small and matures early.

When it comes to the difference between indica and sativa, flowering time is key differentiator. Flowering is the growth stage when a healthy weed plant begins to produce resinous buds. Because sativa plants originate from places that have really long summer periods, they take a much longer time to finish flowering. The opposite is true for indica varieties. However, there are a ton of hybrid weed strains out that posses some of the favorable qualities of sativa strains combined with the fast flowering time of indicas.

Of course the bigger the plant the bigger the harvest. Or as Danny Danko from High Times would say, “More root. More fruit.” Pot plants in small containers will obviously not grow as large as plants in bigger containers. One thing that we’ve noticed from growing weed over the years is that the biggest, most dense buds are usually the ones most susceptible to bud rot issues. When buds begin to rot, it usually happens from the inside out. After that they’re useless, should be plucked off and thrown out. Anyhow what’s the difference between indica and sativa yields? Well, an indica could possibly produce twice the amount of weed that a sativa plant could produce.

When it comes to the indica vs sativa debate another key difference between the two is that sativa strains have a higher ratio of THC (the stuff that gets you high) to CBD (the stuff that doesn’t). In fact, CBD will not produce a psychoactive high at all; it actually mitigates the effects of THC. As a result, CBD has anti-anxiety and anti-epileptic effects. These are just two reasons why marijuana patients may prefer one strain over the other. Or, they might opt for a hybrid strain that delivers the benefits of them all. Confused about CBD vs THC? Don’t be. Check out our quick terminology guide for the skinny.

8. Effects of Indica vs Sativa
Indica delivers a sedating, relaxing, full-body high—great for fighting insomnia
Sativa results in an energetic, uplifting and cerebral high—great for getting shit done

Another key difference between sativa and indica is their effects on the user. Many stoners plan their days around weed—especially since indica and sativa deliver such opposite effects. Many pot smokers will tell you that indica weed helps them sleep and gives them a more relaxed, sedated, full-body high. They report that the opposite is true for sativa weed. A sativa high is a more energetic, cerebral high, making it more appropriate for daytime. WARNING: always experiment before assuming.

Indica and sativa strains both help alleviate symptoms like pain relief, nausea and loss of appetite. So what’s the difference between indica and sativa when it comes to delivering relief? Well, they each have their own unique specialties. Indica strains make most stoners sleepy so they work well for treating insomnia. And because they’re great for relaxation, typically delivering a full-body stone, they also help quell a spell of anxiety. Because sativa weed delivers an uplifting buzz, they’re great for depression and other mood disorders. Smoking sativa strains also results in an energetic high so they’re supposed to be great for combating fatigue.

Indica and sativa strains typically have different naming conventions. Indica is associated with “Kush” strains because they originated in the Hindu Kush mountain region. The sativa weed strain was always associated with the name “Haze,” a convention that’s hung around for ages. Think OG Kush or Purple Haze. See? You know it.

With weed strains being named Green Crack, Alaskan Thunderfuck, God’s Pussy now… let’s just say that weed names are out of control. There are weed strains named after big-time celeb stoners like Tommy Chong, Willie Nelson and Snoop Dogg to even less-known stoners like Charlie Sheen and Chuck Norris. Dudes are even naming weed after dead celebs like Bob Marley—all in the name of #marketing!

When it comes down to it indica and sativa, which is your favorite marijuana strain? Do you prefer a sativa high or an indica high? Tell us why in the comments below…