Need Ideas for Cannabis Industry? What about Tech!? 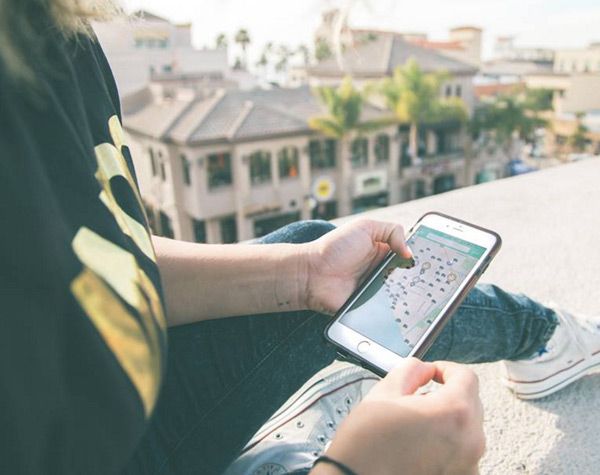 The “Green Rush” may have already started, but it’s not too late to grab a seat on the emerald entrepreneurial wagon.

Such were the sentiments expressed by some guest speakers at Hacker Lab’s startup expo Thursday night, focusing on tech and the marijuana industry. Recent numbers from the University of Pacific indicate the region could benefit significantly from the cannabis industry.

A large crowd from a diverse array of professions turned out at the informal event: tech entrepreneurs spreading the word about their products, university professors interested in the rapidly expanding cannabis market, and marijuana collective representatives seeking information about local labs that can test their product.

There were also curious neophytes with basic questions about the first steps one should take to get involved in the expanding local marijuana industry.

“The people that showed up — there’s a lot of technologists here. There are a lot of business people — smart people who have started companies before,” said Eric Ullrich, Hacker Lab’s co-founder and chief operating officer. “You can feel the energy. People are trying to find how they are going to fit into this industry.”

There was much talk Thursday of California’s Green Rush — the blitz by entrepreneurs, businesses and anyone else aiming to get a foothold in the cannabis market, particularly in the wake Proposition 64’s passage, which legalized use of recreational marijuana in California.

A developed cannabis industry supported by policymakers in Sacramento could mean nearly 20,000 jobs here, $4.2 billion in annual output and $1.4 billion in labor income per years, said Daniel Conway, the co-founder and managing partner of Truth Enterprises, a Sacramento-based cannabis industry investment fund, citing a University of the Pacific study that he firm commissioned. The numbers represent about 2 percent of the region’s current gross economic output.

“People ask me, ‘Did I miss the Green Rush?’ And they are kind of in a panic, like it’s the fourth quarter,” Conway said. “We’re still in the parking lot tailgating. We’re not even in the stadium yet. They haven’t even sung the national anthem yet. It is still early. There is still time to approach this in an intelligent manner, both for policymakers as well as for entrepreneurs.”

Conway also told those in attendance they need to hold local policymakers accountable in their respective communities to ensure the opportunities for cannabis entrepreneurs are open and available. The state, said Conway, isn’t offering commercial cultivation permits until next year. “In the near term, local governments are really a critical choke-point for the industry. For anyone who wants to do a legal, licensed business, the only place you can go for a license is a local government. The state’s not issuing them,” Conway said.

“To the extent that people want to be entrepreneurs, they want to create jobs, it’s going to start with a conversation with your city council or your board of supervisors. And hopefully working in a collaborative way to find ways to create a new blueprint for this industry. “

The city of Sacramento could begin accepting applications for commercial marijuana cultivation permits around the beginning of April. But before that happens, the city’s cannabis cultivation ordinance must go back before the full City Council for a vote. There’s currently a moratorium on the ordinance while city staff works on amendments.

That council vote could happen by the end of February, according to Randi Knott, Sacramento’s director of governmental affairs.

Other speakers at Thursday’s event, like Peichen Chang, co-founder of local startup tCheck, trumpeted their technology and services to cannabis entrepreneurs and others in attendance. Chang’s company makes a small spectrometer that measures the potency level of cannabis oil.

Chang, who developed his product at Hacker Lab, said he sells around four devices per day. Each spectrometer sells for $300. His company now employs eight people, some of whom are Sierra College students who work with Hacker Lab in Rocklin.

“Our biggest struggle now is how to make them faster,” Chang said. “We have a lot of bloggers and cookbook authors who write about us on their sites, and so that’s how we get the word out.”

Ullrich said Thursday night’s event was the first time his group hosted a gathering where marijuana was the primary topic.

“Several of the companies that we saw tonight have built their technology at Hacker Lab,” Ullrich said. “And we’re going to continue to support any level of entrepreneurship in technology development.”

Article was first seen in the Sacremento Business Journal